ioTech’s mission is to develop new markets for the SMS proprietary MADNESS Engine (MADNESS) and to turn it into a marketable high-end simulation software.

Building upon existing SMS resources and capabilities combined with additional product centric departments powered by our Luxembourg offices, our aim is to fully partake in our customers’ product development cycle.

True to our DNA, our high-end simulation software has already attracted number of major automotive OEMs and suppliers. Moreover, our technology is built on a modular and scalable basis, which allows for expansion in many other sectors.

– Development (design, build and operate) of driving simulator installations including both the Hardware and Software.

– Complex urban scenarios modelling based on our proprietary graphical engine.

MADNESS Engine has been developed over the past decade by some of the most talented people in the games industry with the programming team averaging approximately 20 years of professional game development experience each.

MADNESS has been written with multi-core/processor architecture in mind. It is a cross-platform engine and development framework with a reputation for high performance and industry leading VR visuals and physics.

The engine has been developed with an abstract approach which offers programmers and designers the possibility to gain in efficiency and create platform agnostic content from day one. MADNESS’ modular structure also allows it to be configured in a variety of ways to suit each project’s requirements.

The ability to break down items such as render jobs and physics iteration steps into smaller chunks means that they can be balanced across threads efficiently with very little CPU idle time.

Print this page Send by email 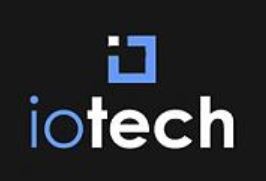