Water distribution and waste water collection systems are two major parts of the urban water cycle. Both of them typically consist of a complex network of storage tanks, valves assemblies and pumping stations. At RTC4Water we specialise at optimising these complex systems with antagonistic objectives, resulting in improvements in water quality and known losses management, as well as reductions in peak flows (daily reserve capacity), operator input, storage or build capacity and energy usage.

Using our tools,we are producing custom Real Time Control (RTC) systems that optimise your system at 10 minute intervals or 144 times per day!

Waste water collection or sewage systems are complex systems of pipes, manholes and other sewer structures. In many cases, they are combined with storm drains to form combined sewers. These combined sewers normally include Combined Sewer Overflow (CSO) tanks.

Traditionally, the CSO tanks were fitted with a mechanical valve that was often just left open or partly open. This is still the case in many systems. However, since increasingly modern control and level monitoring systems are fitted to these tanks which are connected to a supervisory control system (SCADA system) better solutions are now possible. During rain events, it is now a possibility to drain more sewage from a tank discharging into a sensitive watercourse while allowing another tank discharging into a less sensitive receiver to overflow. In places with a SCADA system this is often done by an operator in a control room.

However, even more advanced control solutions can now be provided by RTC4Water intelligent Real Time Control (RTC) system during and after rain events. In fact, the system will optimise the flow from each CSO to the treatment plant depending on the sensitivity of the discharge point. It monitors the complete network and predicts the levels in each tank for the next few hours using a Global Predictive Controller (GPC) . It then adjusts the outlet valve of each CSO so that it maintains a maximum flow from each CSO, while not delivering too much sewage to the Waste Water Treatment Process (WWTP) . After the rain event it tries to stop overflows as quickly as possible and then strategically frees up space in the CSO tanks to be in the best position if another rain event occurs. The system is fully flexible and reconfigures itself automatically when parts of the networks are unavailable due to maintenance. 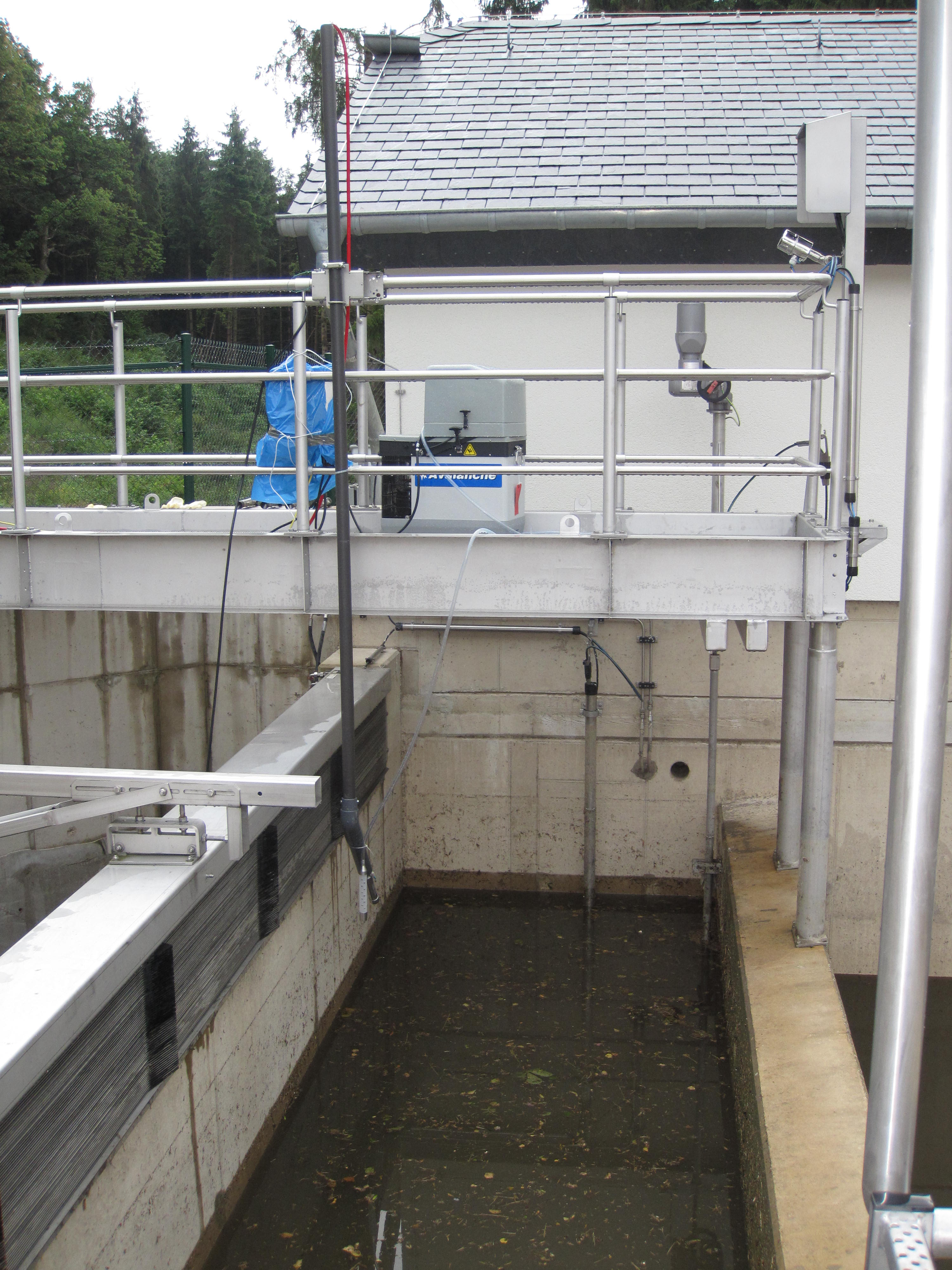 Water distribution systems are complex networks of tanks or reservoirs, valve assemblies and pumps. In these systems it is important to have a sufficient level of storage to allow for unexpected peak demands but at the same time it is equally important that the residence time of the water is not too large so that the quality of the water does not deteriorate. Other aspects that are important to these systems is the air replacement above the water level (the "breathing" of the tank by emptying and refilling), a requirement for an occasional high flow in the pipes to flush out any debris, a requirement for a fire reserve and, in many cases, a requirement for a daily reserve.

Traditionally, the storage reservoirs were fitted with a mechanical valve using a floater to close the valve when full. This is still the case in many systems. However, since increasingly modern control systems are fitted to these tanks which are connected to a supervisory control system (SCADA) better solutions are now possible. One of these solutions is the so called "zig-zag" where tanks are allowed to empty during the day and fill during the night.

RTC4Water is providing a much more advanced solution: an intelligent Real Time Control (RTC) system that monitors the complete network and predicts the usage for the day for each zone in the network using a Global Predictive Controller (GPC) . It then adjusts the inlet valves to each reservoir so that it maintains a fire reserve, while not storing too much water. It also tries to keep the volume of water entering the network each day as constant as possible. The system is fully flexible and reconfigures itself automatically when parts of the networks are unavailable due to maintenance or cleaning.

Print this page Send by email